In 1962, a military coup lead by General Ne Win saw Burma, an isolated Buddhist country in South-East Asia, come under the power of one of the world’s most brutal regimes. For the past five decades, thousands of people have been arrested, tortured and given long prison sentences for openly expressing their beliefs. More than 2,000 political prisoners including monks, students, journalists, lawyers, elected Members of Parliament and over 300 members of Aung San Suu Kyi’s opposition party, The National League for Democracy, were and some still are incarcerated in horrendous conditions in Burma’s notorious prisons.

I wanted to come up with something simple but powerful and give voice to all those people who are still in prison or have been there for reasons that are, to people like us, nothing less than absurd.

Graffiti visually represented my issues when I was younger and I did it writing my name so I thought it would have been nice to write other peoples name for a change, people who suffered or are still suffering conditions we can only imagine.

The photography project by James Mackay really helped in choosing my images for the project. Former political prisoners and high profile supporters are photographed standing with their right hand raised, palm out-turned facing the camera, the name of a current political prisoner is shown written on their hand. The sacred Buddhist gesture of Abhaya, ‘Fear Not’, is not only an act of silent protest, but also one of remembrance and fearlessness. There are different ways of joining a cause and this has been my way of doing it. I  made a few stencils and went to Yangon, but have not been able to get to the Karen state where the Karen National Union have been fighting for their independence since 1949. 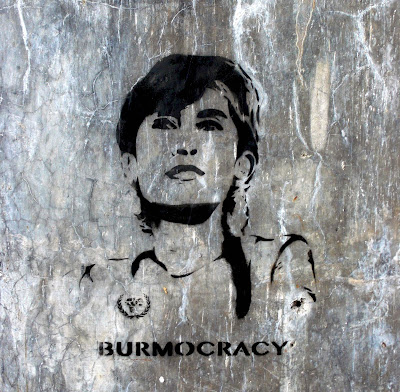 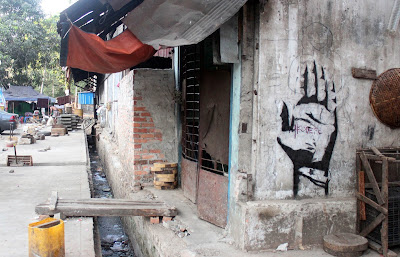 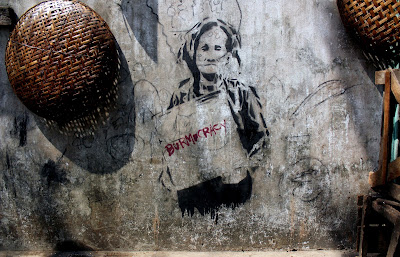 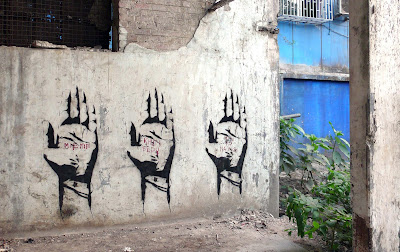 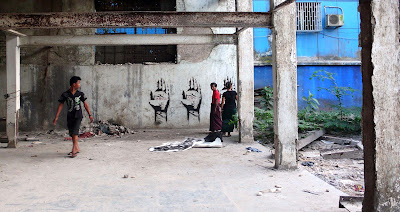 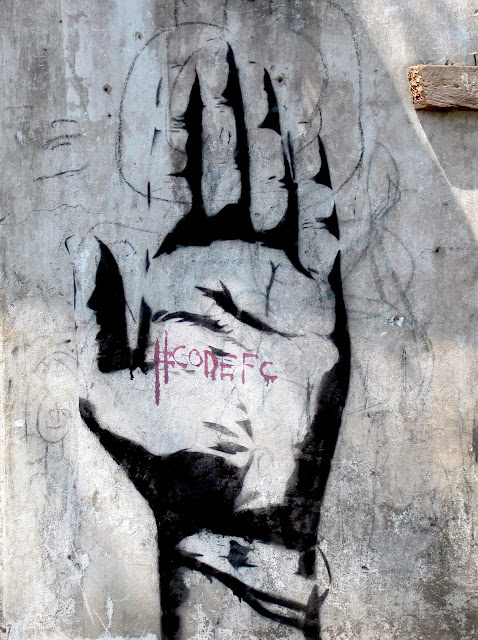 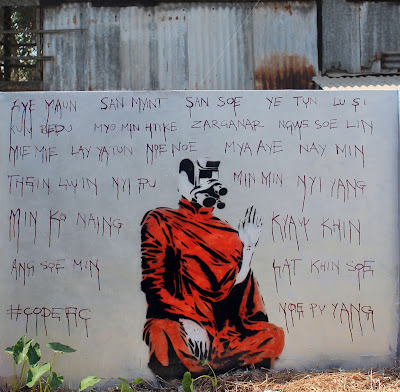