The first time I went to Cambodia was in 2006 to do some filming. I was still very much into projections and filming and I wanted to capture images that a great majority of people would haven not seen and possibly would never see . I always tried to use images that would make people think about different socio-political situations in which other less fortunate people live.

I  predominantly work with stencils, I spend  days researching imagery and cutting them out.  Inspired by history,  I feel some of the most dramatic art has come from the most desperate times.  From the abstract art of Pablo Picasso, to the reportage photos of Al Rockoff,  I have always felt that art has had a part to play in keeping the memory and lessons of the past in the present.

In  2008 I went back to Cambodia, and visited again the Tuol Sleng Genocide Museum.  Before this trip I had created a stencil that I called  “stuDIED” which I put up on some walls inside the S-21.  This image was designed to highlight the dramatic change that the Chao Ponhea Yat high school went through in the 70’s under the Khmer Rouge, a change in to the infamous S-21 Security Prison.  Thousands got tortured and died in this prison. This was meant to be a place of education, and it’s a cruel twist that people died here. Today the site is a derelict and grim reminder of the past with areas left untouched and ex-Khmer rouge giving guided tours. It would be nice to see a more fitting tribute for those that died here. It would be more respectful to bring life back to this place and turn it back into a school. It is almost like the lasting recollection of a loved one being their funeral in opposed to the beauty of their life and legacy being remembered.

Street Art has always given rise to debate, this project has been aimed at highlighting the awful attempts at social engineering that happened in Cambodia.  Graffiti has been branded as anti-social, vandalism.. but if anyone views my work in this way I feel sorry for these people as the probably see my work with negative eyes, but if it made one person research and understand the horror and sorrow then my intentions have been achieved.

In 2010  Scott Battford and a group of fellow IT workers in Cambodia decided that my paintings, out of all the writing that can be found in the prison / museum, were outrageous and started a campaing aganist me which got some unwanted attention some insults and a few death threaths. I did spend some weeks making changes to all my online content although some stuff they posted is still there.v 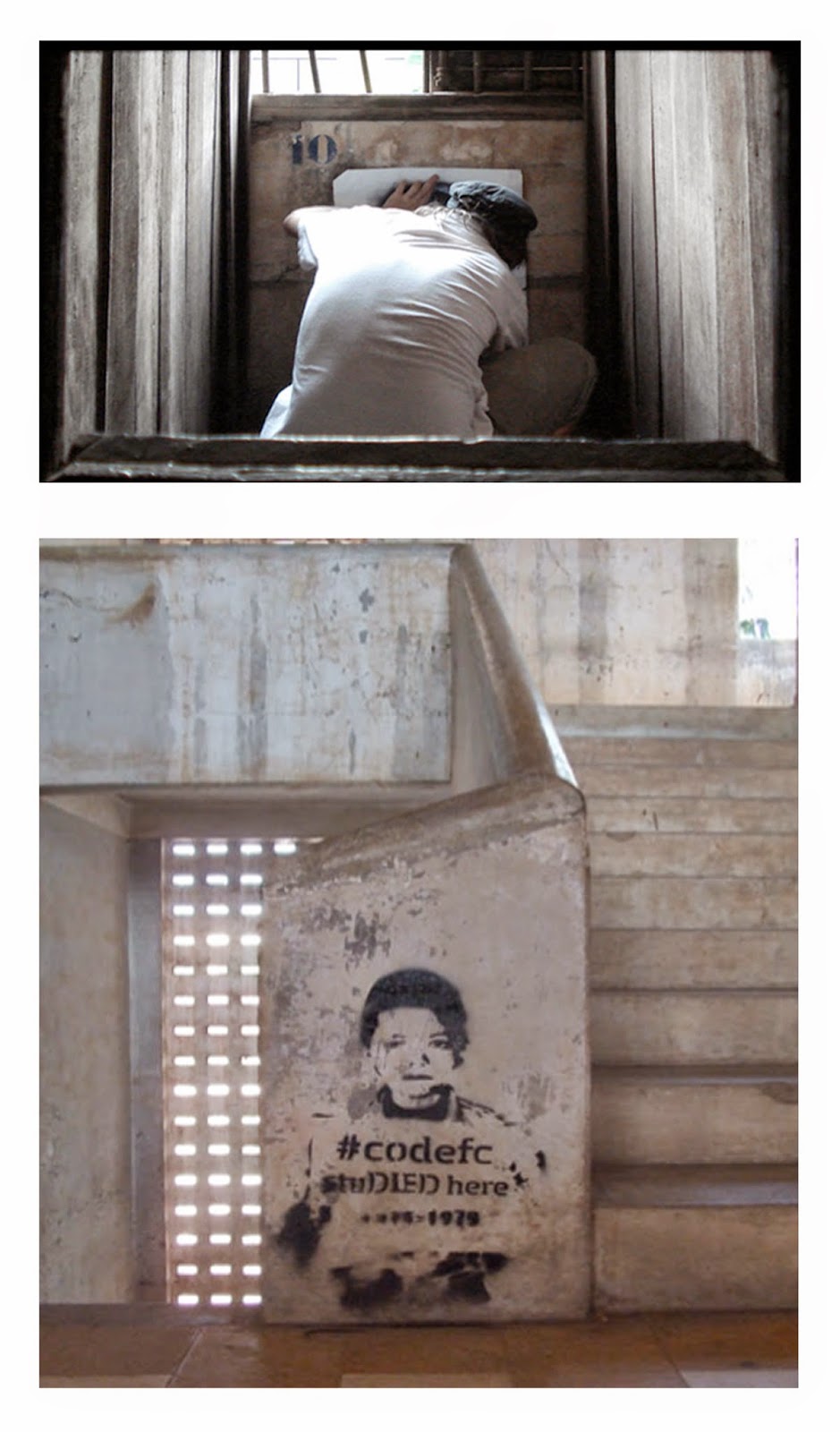 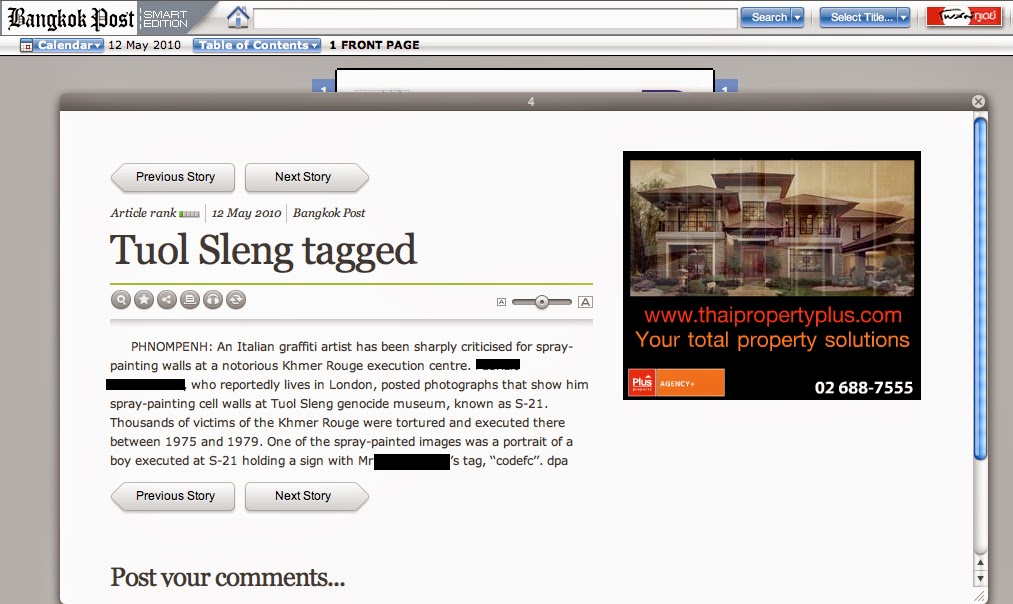 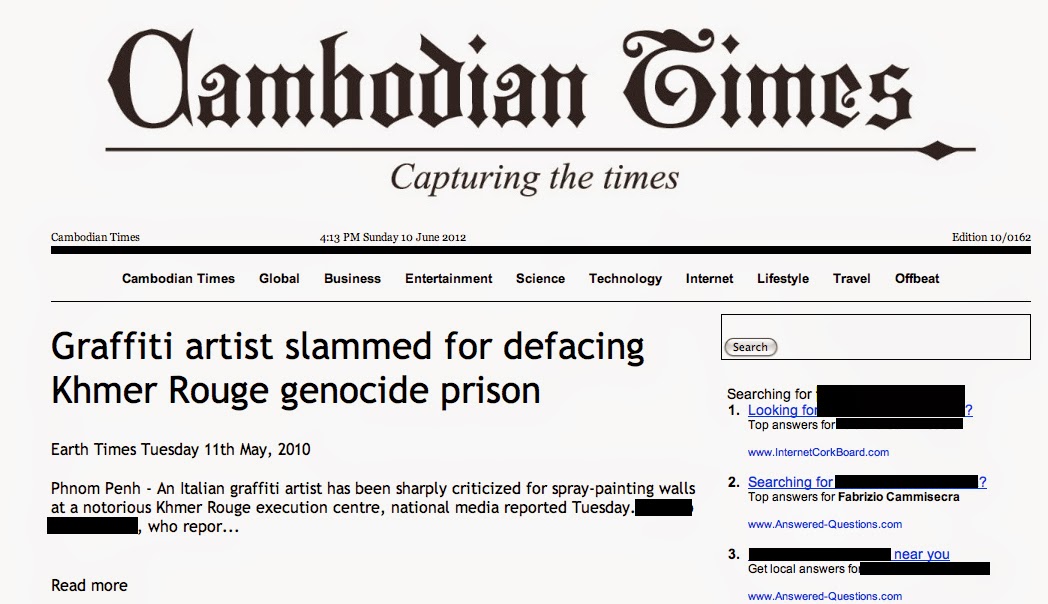